Following the breathing check-up on diaphragmatic breathing we will now dive deeper into the flute vibrato technique. This is an article on how to produce a good vibrato on the flute.

It is the follow up on the introduction you can read —–> here. 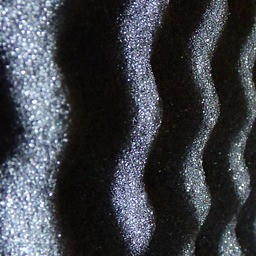 You can start with a note bending by lowering and rising air pressure, even up to a semi-tone. Check with an electronic tuner. For example, you can download the free Soundcorset tuner and metronome on your phone.

Try to not change anything else, like angle, embouchure, throat, chest. Just the pressure from the diaphragm. How do you do that? You can use a medium air pressure and velocity, a mezzo forte sound. On this sound, without stopping or changing anything you add a blow from below, much like a “ha” sound.

It is not easy to describe and maybe you won’t like the idea, but it is the same movement as pushing out the last bit of everything on the loo….or if you use a mountain bike, it is like going uphill when you wish desperately to stop, you push.

If you do that right, you will have a fascinating insight! To do that, the movement of the diaphragm is not upward, but downward. Like inhaling. This is a secret I learned from my soprano friends and their teacher at the Conservatory of Rome.

It is fascinating. The real support you need for good sound quality and vibrato is a downward motion. It is not abdominal muscles, even though they help. But it is nothing sudden or forced. It is an opening, elongating the air column, so air can gain velocity, thus increase pressure.

You do not like this idea? You can happily turn to the “ha” and produce that on a constant air flow. It will be like a swing. Practice it, be aware of all the inner movement it takes and you will naturally develop vibrato.

Do not judge yourself. Experiment and play! Yes, play with the sounds you produce and memorize the sensation of the body parts involved. Add a picture, an image, an idea, that reminds you of doing the movement you internalized. This picture is faster than telling all your muscles in detail what to do when you wish to use the vibrato. You can picture a place, a color, a feeling, a body part. It doesn’t matter. As long as it brings out the sound quality you look for.

This shaking of pitch in the sound, which comes from the changing

pressure of the air stream should be used to seek elegance, warmth,

seduction, expression and connection between the notes and between the

performer and the audience.

Your judge is your ear. But don’t be too hard on yourself. At first, we need to gain awareness about which muscles to use to change the air pressure and then memorize it.

Its presence adds vitality, a vocal effect that happens naturally, if backed by good breathing and sound production habits.

Those habits form through exercises.

Try to keep the sound coming in between the “ha”s, there should be no gaps, so that there

is always air flow, but it varies in its quantity, pressure and velocity by using the diaphragm. At the beginning this is casual so hard to control. This is why we use control from outside, a metronome.

If you do not have one you can download the free Soundcorset tuner and metronome on your phone. Put the clicks per minute to 60 (that would be a second each) and pronounce a “ha” every second for 8. If you manage to do that without any gaps in sound and breathing in between, you are ready to move on to:

With the metronome on 108 MM produce one “ha” on each click and after 4, that have no gaps (air keeps coming in between) you go on to triple the speed, so three “ha”s on every click, for 4 clicks as well. Then change the note in a chromatic way downwards.

You can use sound exercises by Moyse (On Sonority, Art and Technique, Marcel Moyse) or the exercises Trevor Wye’s books.

But it is just chromatically downward. You can do it!

Put the metronome back to 60MM. Starting again from b 2, like Moyse sound quality exercises, you should hold the sound for one click, produce “ha” on the second, two “ha”s on the third, three on the fourth, four on the fifth and six on the sixth for two clicks, then change the note a semitone below still doing six “ha”s on the seventh and eighth’s click.

When you can control the emission of six “ha”s from your diaphragm in the speed of 60 MM, it will turn into a natural vibrato when you let it lose. It already is very much alike.

If you become familiar with this exercise change the metronome speed. Slower for also elongating your airflow, quicker for speeding up the response of your diaphragm.

Deliberately use vibrato technique on the flute

How to produce a good vibrato on the flute

So now we have explained how to develop your flute vibrato technique, especially on long notes that need to come alive, in between sounds to make the most beautiful legato at the end of a piece varying the speed of the vibrato from a slow one, diminishing the intention of the sound but increasing vibrato speed until the sound disappears. That is a very beautiful way of closing a slow piece of music.

You can use it for dramatic reasons in both slow and fast music, to emphasize certain sounds, crescendo or decrescendo and different sorts of legato, whenever you need more tension or interest to build up.

Beware of not abusing of this vibrato technique for flutists, as it can get tiresome for your listeners and your diaphragm! The best use of it is the most natural one and follow the air stream.

Daily practice – how to produce a good vibrato on the flute

Now that you know how to develop vibrato on the flute, without obsessing about it,

For the right attitude and sound awareness please refer to our latest article on how to get in control of your playing.

Vibrato adds intensity, suspense, tension, life if it is very quick and if it is slow it adds warmth, seduction, point of arrival, you can also very on one sound if for example it is both, arriving at a relaxing point and also the beginning of something new.

When you arrive somewhere in a very brilliant and agitated way, of course the vibrato should reflect that and not be relaxed. Vibrato adds life to your music, use it wisely!

I hope you found some value in this advice and if you have any questions or doubts, please contact me in the comment section of my blog!

Also share if you think this could be helpful to your friends and followers!

This site uses Akismet to reduce spam. Learn how your comment data is processed.

Scroll back to top
We use cookies to ensure that we give you the best experience on our website. If you continue to use this site we will assume that you are happy with it.OkNoPrivacy policy